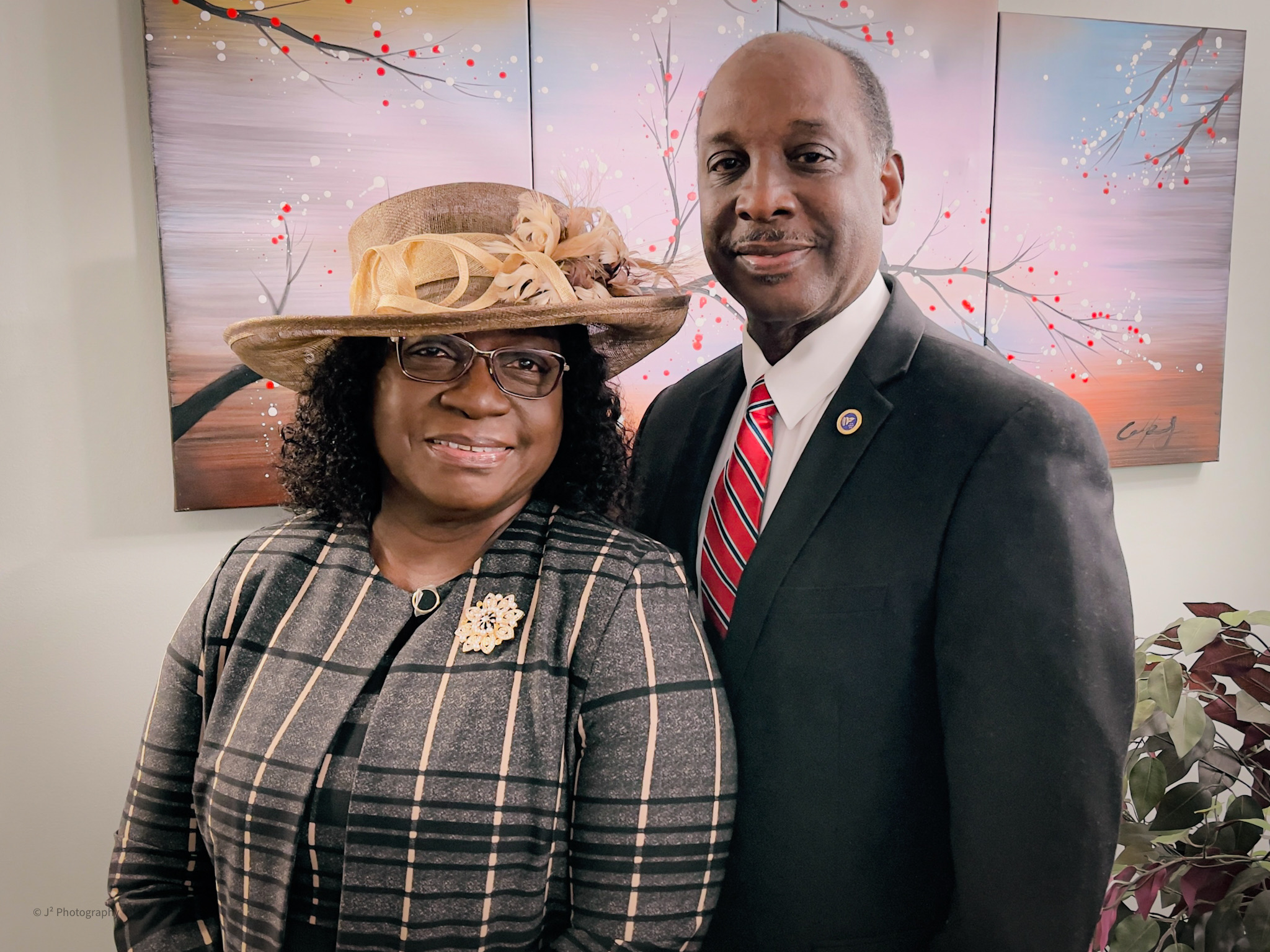 Senior Pastor | Pastor Jude Justin Francis was born and raised in Grenada, West Indies, the Spice Island of the Caribbean.

His pastoral ministry began in 1985.  Upon completion of his Bachelor of Arts degree in Theology, he was assigned to the Caribbean Union Conference’s Evangelistic Team that conducted major evangelistic campaigns on Trinidad & Tobago and Grenada.  In 1986 he was employed by the Grenada Conference where he served for nine years, first as a district pastor, and subsequently as Conference Church Ministries Director.  He was ordained to the Gospel Ministry in 1990.  In 1994, Pastor Francis accepted a call to the North Caribbean Conference and served as Senior Pastor and ABC manager on the Island of Montserrat. He served in that capacity for three years upon which he immigrated to Brooklyn, New York and, with his family, became a member of the illustrious Brooklyn Faith Seventh-day Adventist Church.

He is ably supported in ministry by his family.  His wife Carolyn, a native of Antigua, is also an employee of the Northeastern Conference. She has served in various teaching positions in our conference that include K-8 teacher, principal of the Springfield Junior Academy in Springfield, Massachusetts, principal of the Flatbush Seventh-day Adventist School in Brooklyn, New York, and vice principal/guidance counselor of Northeastern Academy, where she currently serves.

The Francis’ have been blessed with three children: Jude (his wife Shenelle and three children: Chloe, Camden, and little prince), Jemica, and Jaycee. Jude is with corporate UPS, Jemica is a licensed esthetician and entrepreneur, Jaycee is a recent graduate from Andrews University and a registered nurse, and Shenelle, fashion design and business.

After thirty-five years of service to God and to church, Pastor Francis is still humbled by the privilege to serve.  He believes that he is still here because God is still good. Assistant Pastor | Pastor Bensheh Morgan the second was born in New York City in the borough of Manhattan, and raised in Harlem. It was there, deep in the inner city, in a project apartment where he heard the voice of God calling him into ministry as a teenager. Bensheh at first ignored the call and spoke nothing of it because he didn’t believe that God would want a poor Black kid from a single parent home preaching to His people. But no matter how disillusioned he was at the idea of becoming a pastor, or how earnestly he tried to convince God that He had made a mistake, God did not give up on him. Every door, every window, every road that Bensheh thought was getting him as far from ministry as possible, strangely and providently would lead right back into it. Eventually he graduated from Oakwood University and was subsequently hired by his home conference of Northeastern. He is married to the former Aimee Nozil, and the two of them have three beautiful daughters (Talyah, Yovella, and Devashi) whom they love dearly and are determined to raise in the fear of the Lord. Pastor Morgan desires to leave a legacy of being used by God to communicate the matchless charms of Jesus Christ and to encourage all people that God has called them to be somebody.